Stop Procrastinating with a Do It Now Mindset

This post may contain affiliate links to things I use and love.

What if you could stop procrastinating instantly with only three little words? Sounds like a magic trick, huh?

Well, it kind of is.

There are times when I can be a procrastinator, but it’s a choice I make and definitely not my default setting. I’m typically considered abnormal because I’m self-disciplined, far less stressed than most, and I managed to graduate from engineering college without ever pulling an all-nighter.

It’s not some special gene, and I wasn’t struck by lightning or gamma radiation. The reality is… I just get shit done.

My Secret to Stop Procrastinating

There’s a phrase I learned early on in life that has served me infinitely more than all others:

“Do it now” fits a number of different situations:

You may have heard “do it now” referred to as the “2-minute productivity rule.” The rule states that if you can do something in under 2 minutes, then you should do it now. While this is great for those tiny things that come up throughout the day, I think “do it now” can be applied to any task, regardless of how long it takes.

If it’s going to take you 30 minutes to do something, but you only have 10 minutes before you need to leave the house, get out your calendar and add the task to your schedule. It could be later that day, later that month, or later that year. It really doesn’t matter as long as you make a plan, and you do it now.

Do It Now vs. Procrastination

Procrastination is the greatest obstacle to achievement. If you want to overcome it, you have to take action.

W. Clement Stone, who built a billion-dollar insurance company from nothing, made his employees repeat the phrase “do it now” over and over again each morning. Repetition becomes habit and habit becomes action.

Instead of telling yourself that you’ll do it later, tell yourself you’ll do it now. It really is that easy to reprogram your brain and stop procrastinating.

How Does Do It Now Help?

How does this simple, three-word phrase bring such great results? The obvious answer is you’re getting things done by taking action immediately, but there’s more to it than that.

Variations of Do It Now

One version I really like is “Do it scared,” popularized by Ruth Soukup of Living Well Spending Less and Elite Blog Academy. She explains that we shouldn’t put off doing the things that scare us. We should chase our dreams even though we’re afraid.

“Courage doesn’t mean we are never afraid, courage is simply daring to take action, despite our fear.” - Ruth Soukup

Many times I’ve found myself putting off a task, for days and even weeks, because I’m not confident in my ability to do it, and therefore, I’m afraid of failing. Fear of failure is a huge hurdle for me as a perfectionist.

Ruth’s mantra, added to “do it now,” has helped me overcome a lot of my issues surrounding the fear of failure when it comes to my businesses. I’ll find myself saying them in unison from time to time. “Do it now, do it scared.” In my head, or out loud, it’s an effective tool that gets me through the challenges I face as a small business owner.

Another version I like is “Do it anyway.” We can all come up with forty-seven excuses not to do something. Some of my personal favorites are being tired, being hungry, and something sounding like too much work.

I’m hungry > Do it anyway (and then have a snack).

That sounds like too much work > Do it anyway!

Sometimes we just have to push ourselves through these excuses and stop procrastinating. Hopefully, yours aren’t as lame as mine. Maybe you have some legitimate ones. But we still have to push through and get it done. Welcome to entrepreneurship.

You know my secret now! But knowing isn’t enough.

Display “Do it now” somewhere you’ll see it regularly. Repeat it to yourself, just like W. Clement Stone’s employees, until it becomes habit and habit becomes action.

Here are a few suggestions:

You are a productivity warrior and “Do it now” is your spear. Go kill all the things!

*Insider info: I knew I wanted to write this post, but I couldn’t for the life of me come up with an outline. So I just decided I was going to get it done, and I started making notes and stringing sentences together. It wasn’t until I finished that I realized I was using my own advice. Like a boss. 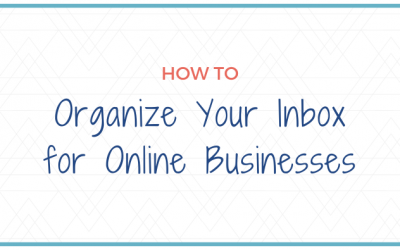 How to Organize Your Inbox for Online Businesses

No matter what kind of online business you run, you need to organize your inbox. We all have to deal with emails these days whether we’re the CEO,... 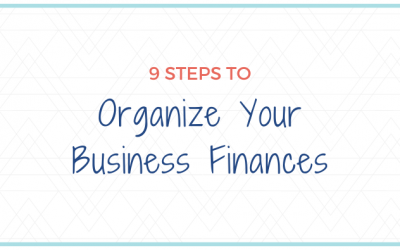 9 Steps to Organize Your Business Finances

Starting your own business is overwhelming to say the least. There’s always something new to learn and a mile-long to-do list that you’ll probably... 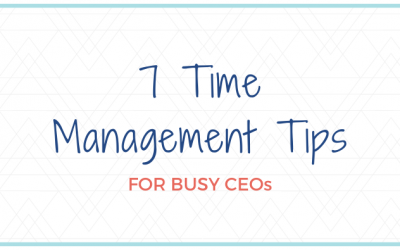 I’ve pulled together my top 7 time management tips for online business owners who are struggling with productivity. Have you ever gotten to the end...